How accurate are the Intergovernmental Panel on Climate Change’s (IPCC) economic estimates of Climate Change-induced damage? A post-Paris agreement review of its Fifth Assessment Report (Stern, 2016) calls for an imperative revision to its economic model. The review’s main suggestion is for the social science to become better integrated with the natural sciences in order to accurately evaluate the economic consequences of Climate Change, which are direr than is currently estimated. However, the review also suggests that the benefits of transitioning to low-carbon growth are underestimated in the report and must be evaluated more holistically. Combined, these two factors will enable the public, private and non-profit sectors to make decisions that will drive the world into the net-zero carbon economy it must achieve within this century. END_OF_DOCUMENT_TOKEN_TO_BE_REPLACED

How accurate are the Intergovernmental Panel on Climate Change’s (IPCC) economic estimates of Climate Change-induced damage? A post-Paris agreement review of its Fifth Assessment Report (Stern, 2016) calls for an imperative revision to its economic model. The review’s main suggestion is for the social science to become better integrated with the natural sciences in order to accurately evaluate the economic consequences of Climate Change, which are drier than is currently estimated. However, the review also suggests that the benefits of transitioning to low-carbon growth are underestimated in the report and must be evaluated more holistically. Combined, these two factors will enable the public, private and non-profit sectors to make decisions that will drive the world into the net-zero carbon economy it must achieve within this century. END_OF_DOCUMENT_TOKEN_TO_BE_REPLACED 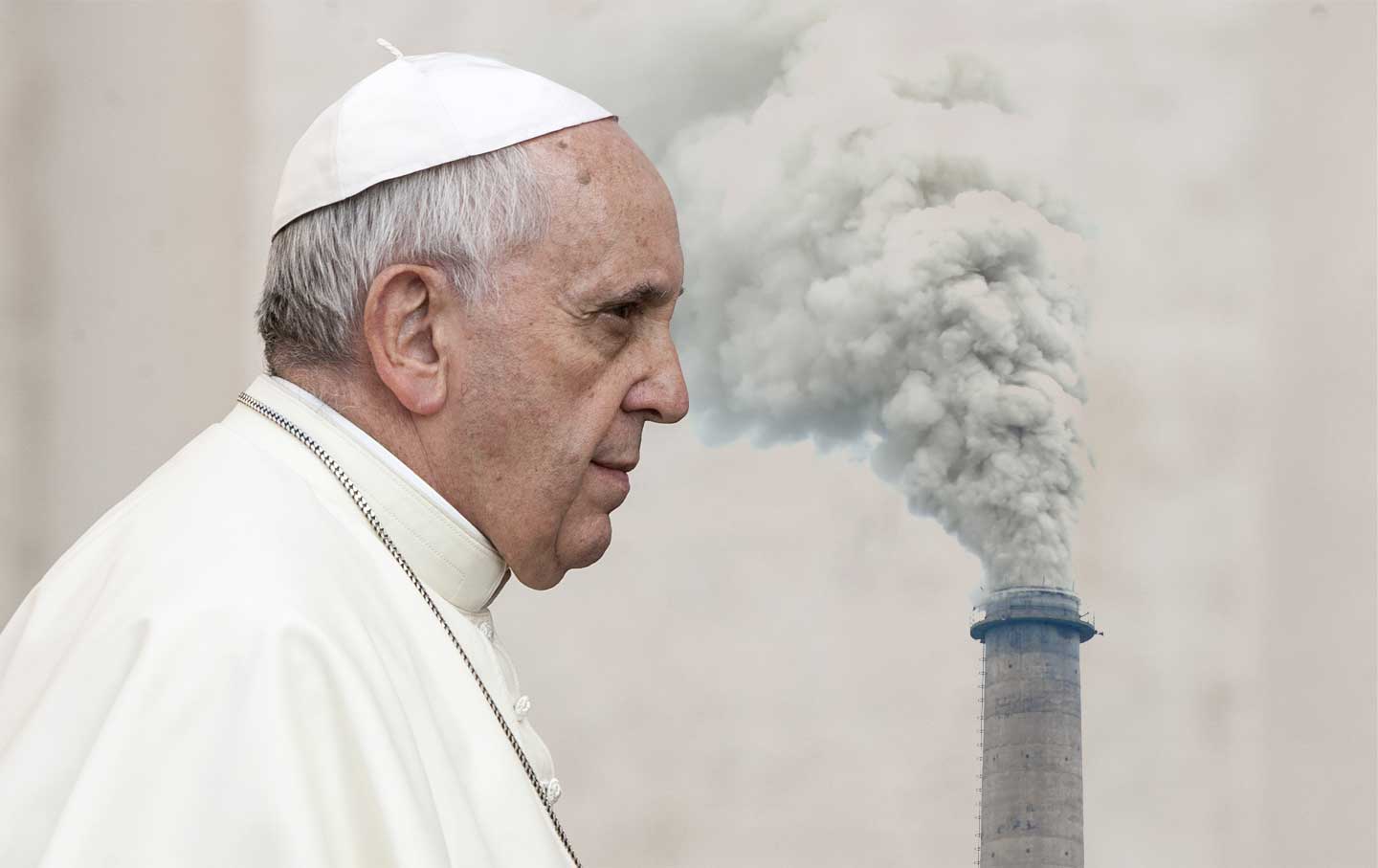 In a time when global efforts are required to address climate change, Pope Francis unprecedentedly published an encyclical on climate change, poverty and inequality in 2015. This is the first time a Pope from The Roman Catholic Church has addressed an encyclical to all “people living on planet Earth”. It has extraordinary meaning for the relationship between religion and science. In the article Science and religion in dialogue over the global commons, authors Ottmar Edenhofer, Christian Flachsland and Brigitte Knopf explore the significance of the Pope’s encyclical. END_OF_DOCUMENT_TOKEN_TO_BE_REPLACED

In 2015, David G. Victor, a professor of international relations at the University of California, San Diego wrote about the importance of looking into the social sciences when seeking to implement policies about climate change. Victor believes that the Intergovernmental Panel on Climate Change (IPCC) has become irrelevant to climate policy due to its focus on only the most well-known facts about climate change and avoidance of controversy.
He believes that in order to find insights that truly matter regarding climate change, one must look beyond the natural sciences. END_OF_DOCUMENT_TOKEN_TO_BE_REPLACED

Is lack of education the reason that skeptics of climate change are skeptics? Chloe Lucas, Peat Leith, and Aidan Davison suggest that, instead, a lack of trust in the scientific community is a main contributor to the skepticism. The Intergovernmental Panel on Climate Change (IPCC) was established by the United Nations (UN) to produce “consensus reports” on the effects of climate change. At first, IPCC was thought of as a trustworthy organization, however, that changed in some people’s eyes after the events of “Climategate” in 2009, the release of 1079 emails that were stolen from the Climate Research Unit at the University of East Anglia. Upon reading the emails, conservatives concluded that scientists were reporting false statistics, dismissing data that disagreed with climate change, and covering up errors. Subsequently, the general public grew doubtful of the scientific community and their reports on anything related to climate change. END_OF_DOCUMENT_TOKEN_TO_BE_REPLACED

There exist many approaches to solving the problem of climate change, which generally can be delineated in one of two categories: adaptation and mitigation. Adaptive policies include efforts to change human behavior to be compatible with the evolving global climate. Mitigation techniques result from more stringent policies. Both carbon dioxide emission caps and legislation against use of fossil fuels are environmental approaches to mitigation policy. There also exist economic mitigation policies which, by their nature, utilize market forces to dissuade continued use of products harmful to the environment. Cottier (2014) examined the effects imposition of tariffs might have on decreased use of environmentally unfriendly goods and services. They conclude, through use of elasticity measurements, that multilateral action would be effective for pursuing tariff policy, which would lead to an “average 1.4% net reduction in carbon-intensive imports from a 5% increase in tariffs.” The paper examines the World Trade Organization (WTO) legislation surrounding tariffs and concludes that countries can act unilaterally to increase tariffs or act as a group. END_OF_DOCUMENT_TOKEN_TO_BE_REPLACED

Malaria is an infectious disease which has significantly affected global human populations throughout history. Its impact declined greatly throughout the 20th century in many regions due to extensive intervention efforts, though it continues to be found in tropical areas such as parts of Africa. Like other vector-borne diseases, though, the distribution and “seasonal activity” of malaria could potentially be altered by global climate change. One way to prepare for changes in patterns of malaria outbreaks is to model scenarios of change under different climate outcomes. END_OF_DOCUMENT_TOKEN_TO_BE_REPLACED

Sibling 2011 scientiometric (bibliometric) analyses of the IPCC Third Assessment Report (TAR) (Bjurström and Polk 2011a, b) ask questions about how interdisciplinary—as opposed to how multidisciplinary—the IPCC is in considering the state of climate change research, and the degree to which consideration of the natural scientific evidence and its economic consequences outweighs any other considerations. If each chapter were confined to a single discipline, say ice core analysis, but there were many chapters covering different types of studies, that would be perfect multidisciplinarity—at least over the range of disciplines covered—and zero interdisciplinarity. After characterizing the disciplinary content of 96 journals that were each cited 12 times or more (a total of 6417 technical papers were involved), the authors concluded that this was more-or less the case. Each chapter stayed well within its disciplinary constraints. The scientists in each discipline have their noses to the grindstone and are leaving the research in other disciplines to others. Furthermore, except for a smattering of economics, there is not much other than natural science under consideration (although medicine and energy, both of which received significant coverage might be considered as outside the realm of the natural sciences.) The only fields that looked as though they might be interdisciplinary, based on the dispersion of topics in individual journals, were in journals with the words “environmental”, “ecological”, or “policy” in their titles. Since these journals are specifically trying to attract papers that cross two disciplines, it is good that at least some of them received at least 12 citations. END_OF_DOCUMENT_TOKEN_TO_BE_REPLACED

Fossil fuels, while a large part of our energy production, are not a renewable resource and will eventually be depleted. Current climate models, such as the ones used by the IPCC, use levels of future fossil fuel production that Hook and Tang (2013) think are improbable. While fossil fuel combustion currently causes a large part of anthropogenic greenhouse gas emissions, these emissions are linked to fossil fuel production and will decrease as we begin to run out of these resources. There is a multitude of different scenarios that predict future fossil fuel emission and they range hugely in their predictions. The IPCC uses a set of six scenarios called the Special Report of Emission Scenarios (SRES), which are an input for many of their aggregated climate models and influence their conclusions. Hook and Tang question the accuracy of these SRES and aim to review the assumptions that the scenarios make about fossil fuel availability. END_OF_DOCUMENT_TOKEN_TO_BE_REPLACED