Unfortunately, the fact that that there is almost complete consensus among scientists that climate change is occurring is not enough to completely convince the general public. There are some techniques outlined by Maxwell and Miller that might be able to get more people to acknowledge the existence of climate change. They also outline the many factors that contribute to why 25% of Americans continue to deny climate change.

First, there are many biases that need to be accounted for before there can be any media influence to persuade people to rethink their beliefs. To make matters worse, Maxwell and Miller stipulate that there are popular media outlets including Fox News and the Wall Street Journal that provide false information to the public. This often leads to distrust in journalism and therefore disbelief in climate science. END_OF_DOCUMENT_TOKEN_TO_BE_REPLACED 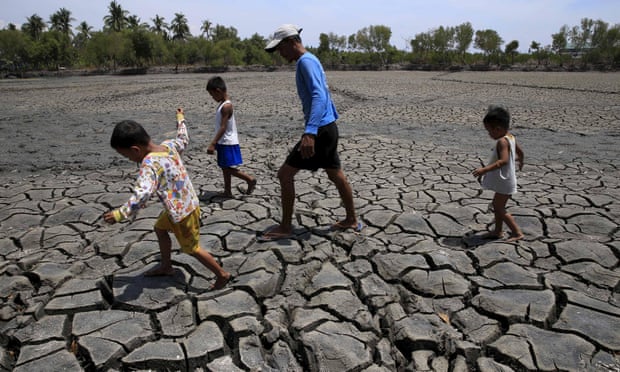 As climate change begins to transform the planet, those who inhabit it will subsequently need to change their practices and customs. Eichler (2015) focuses on changes in how children will be raised with the consequences of climate change on the horizon. She highlights the importance of teaching children to be resilient. To distinguish between those who are resilient and those who are not, she tells a personal story, about a time when a power outage hit her town and lasted for five days. She was out of the country during the outage but when she returned, she asked two friends about the experience. The first friend told her that she made the best of the outage by having a campfire and spending time with friends, a resilient response in Eichler’s view. When Eichler asked the second friend about the outage, she said that it was a “difficult” experience that took her a long time to recover from. Eichler points out that resilience, the ability to bounce back when faced with adversity, is lacking in many but will soon be necessary to withstand the hardships that climate change will bring. END_OF_DOCUMENT_TOKEN_TO_BE_REPLACED

Is lack of education the reason that skeptics of climate change are skeptics? Chloe Lucas, Peat Leith, and Aidan Davison suggest that, instead, a lack of trust in the scientific community is a main contributor to the skepticism. The Intergovernmental Panel on Climate Change (IPCC) was established by the United Nations (UN) to produce “consensus reports” on the effects of climate change. At first, IPCC was thought of as a trustworthy organization, however, that changed in some people’s eyes after the events of “Climategate” in 2009, the release of 1079 emails that were stolen from the Climate Research Unit at the University of East Anglia. Upon reading the emails, conservatives concluded that scientists were reporting false statistics, dismissing data that disagreed with climate change, and covering up errors. Subsequently, the general public grew doubtful of the scientific community and their reports on anything related to climate change. END_OF_DOCUMENT_TOKEN_TO_BE_REPLACED

There exist cultures in which glaciers and mountains are associated with deities and hold tremendous spiritual importance to the people that live near them. Climate change itself has cultural and spiritual ties that are, unfortunately, often overlooked by scientific communities. By holding scientific information regarding climate change above all else, spiritual data are left out and, often, not even thought about. Allison points out that there may be considerable value in looking at the climate change issue through humanistic lenses instead of just scientific ones. It is a moral and ethical issue as well as a scientific and economic one, especially for those most directly affected by the changes. Spiritual affiliation could prompt more people to actually take action and educate themselves on the climate change crisis, which would be helpful in alleviating it. END_OF_DOCUMENT_TOKEN_TO_BE_REPLACED