The AMOC is the set of ocean currents that begins with cold seawater off Greenland sinking to the bottom and flowing south, being replaced by warmer water flowing at the surface past Florida from the south, transferring warmth from the tropics to the east cost of North America and the West Coast of Europe. The full round trip cycle from, and back to, Greenland takes a thousand years. Without it, both western Europe and eastern North America would cool significantly, with large numbers of potential adverse effects. We know from ice core record temperature data from both the Greenland Ice Sheet (GrIS) and from Antarctic ice sheets, that the AMOC has come to an abrupt halt many times, and has characteristically taken a millennium to recover. The comparative abruptness of these cessations has led to the fear that there may be some threshold that once crossed—a tipping point—that cessation is inevitable. This would be nice to avoid. END_OF_DOCUMENT_TOKEN_TO_BE_REPLACED

Williamson et al. (2016) examined the satellite data looking for signs of a tipping point in Arctic sea ice loss, but found none (my Jan 1 post). About the same time, Notz and Stroeve (2016) looked at the same data and did a simple linear correlation between September Arctic sea ice area and cumulative CO2 emissions since 1850. Voila! There was a strong negative linear correlation between the two showing a sustained loss of 3 ± 0.3 square meters of September sea ice area per cumulative metric ton of CO2 emission. Their title summarizes the result clearly: Observed Arctic sea-ice loss directly follows anthropogenic CO2 emission. If this linear trend continues and there is no tipping point—and there is no reason to expect one—we can make a pretty good guess about the timing of the future of Arctic sea ice to the extent we can predict CO2 emission levels. At the rate we are going, September Arctic sea ice will be completely gone before mid-century (and global average temperatures will have risen more that 1.5ºC.) Furthermore, we can now get a feeling for how much our personal use of fossil fuels and the energy derived from the directly affects Arctic sea ice; the average CO2 release from personal use is several metric tons,  END_OF_DOCUMENT_TOKEN_TO_BE_REPLACED 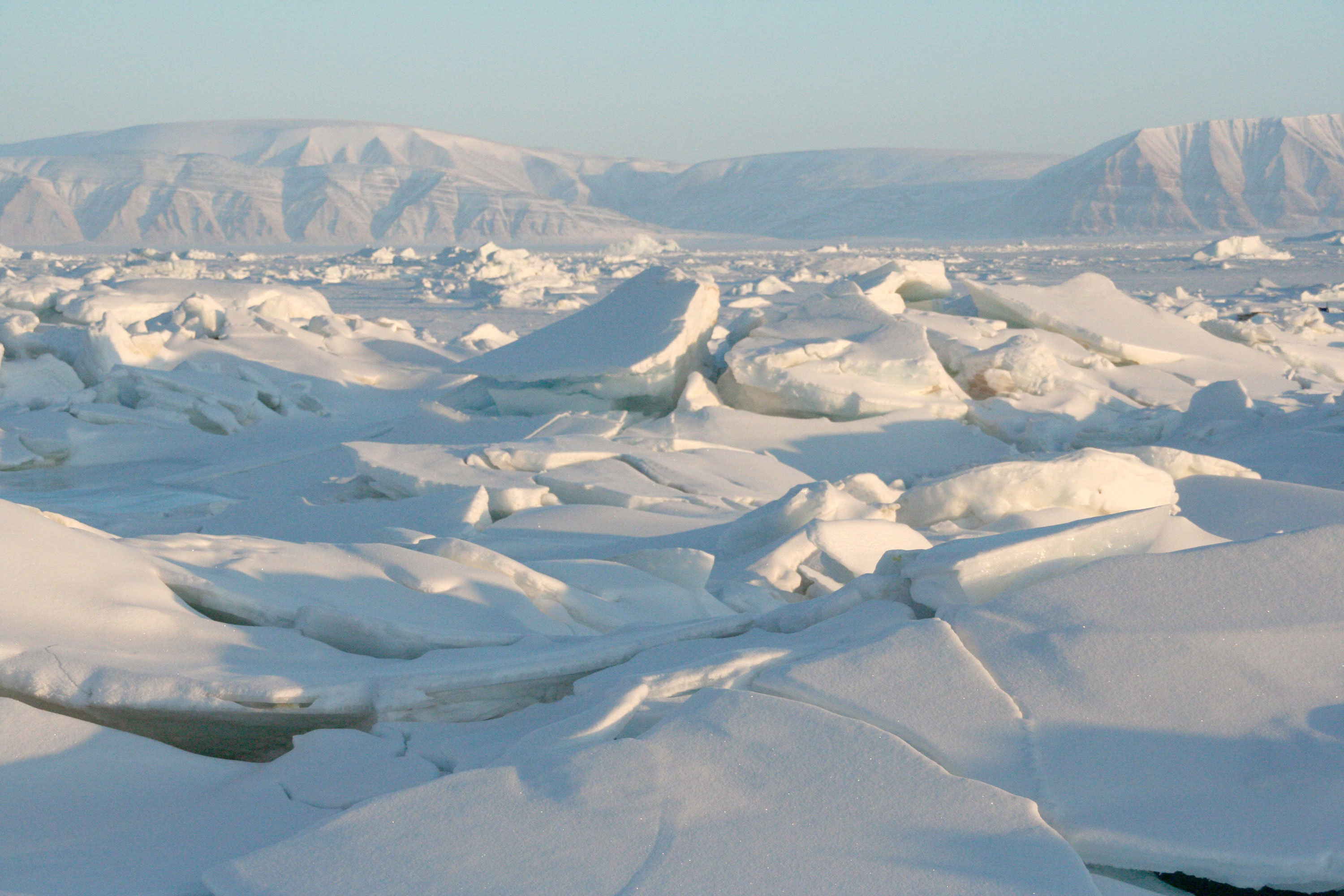 Everyone agrees that it would be helpful in making climate policy if we had some advance warning of climate tipping points. Williamson et al. (2016) set out to look for one associated with the melting of the Arctic sea ice. They asked if there is any evidence that the sea ice is about to undergo a local tipping point (which they also refer to as a bifurcation) that would lead to much faster melting. In the case of Arctic sea ice, the annual melting is caused by the summer sun, and a long-term parameter change that is enhancing it is the gradual buildup of CO2 in the atmosphere. Melting is limited partially by the fact that much of the incoming solar radiation is reflected back to space by the ice. A tipping point might be reached when enough of the ice is melted that the amount of sunlight absorbed by the ice-free open ocean begins to warm it faster each cycle. Although this study did not find any evidence for an imminent tipping point the authors noted that the sort of signal they were looking for might not occur until very close to a tipping point. That would, of course, make it useless for long-term policymaking. Their approach to looking for a signal is interesting though, and could be applied to many other potential climate tipping points. END_OF_DOCUMENT_TOKEN_TO_BE_REPLACED Their focus is economically-important climatic tipping points—relatively sudden climatic changes triggered by gradual global warming—that could have drastic economic consequences; they are less concerned with environmental damage with low immediate economic consequences, and they argue that most economists have modelled the effects of climate change without taking climatic tipping points into consideration. These potential tipping points, however, might not exist, in which case, they argue, it would be best to proceed gradually with climate reforms, but develop a strategy to deal with any tipping points should they occur. END_OF_DOCUMENT_TOKEN_TO_BE_REPLACED