There is still much controversy about whether human activity is causing global warming, and whether what appears to be a climate change is simply normal climate variability. Assenza and Reddy (2006) mainly debate the causes and consequences of climate change and discuss two different points of views: that of sceptics and supporters. While the sceptics do not want to take action, the supporters claim that we cannot postpone dealing with this issue anymore. Supporters are afraid that the environmental and socio-economic costs of climate change are significant, while the sceptics are fearful about the economic consequences of attempting to reverse climate change. END_OF_DOCUMENT_TOKEN_TO_BE_REPLACED 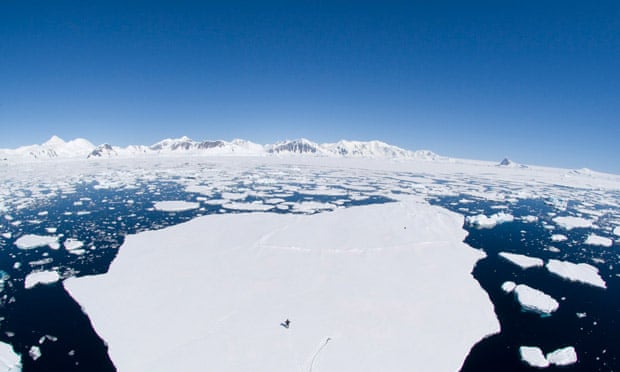 Why is it that certain people are skeptical about scientific facts and data? Are there any overlying trends that show that certain groups of people are more likely to be skeptical about climate change than others? Kraft, Lodge, and Taber (2015) found that religion is not the only factor that plays into climate change skepticism; political ideology and partisanship affect how people react to scientific facts as well. These authors came to the conclusion that conservatives are more likely than liberals to be scientifically skeptical due to their prior attitudes, affect-driven motivated reasoning, and biased attitude formation. END_OF_DOCUMENT_TOKEN_TO_BE_REPLACED

The United States is divided over the existence of climate change. The conservative right-wing party in the U.S., the Republican party, is widely known for its anti-climate change beliefs. The Democratic Party, our left-wing liberal party, strongly believes in climate change and the need to tackle it. Does this type of relationship between political ideology and opinion on climate change exist elsewhere? Aaron et al (2016) looked at similar populations in Canada, Australia, and the European Union, and found similar divides in those countries between the left, and right wing- coalitions. They argue that the issue has been become politicized in much of the developed world. However, the United States remains an outlier due to the intensity of the divide. The authors attributed this to the greater degree of politicization in general versus other developed countries. END_OF_DOCUMENT_TOKEN_TO_BE_REPLACED

Is lack of education the reason that skeptics of climate change are skeptics? Chloe Lucas, Peat Leith, and Aidan Davison suggest that, instead, a lack of trust in the scientific community is a main contributor to the skepticism. The Intergovernmental Panel on Climate Change (IPCC) was established by the United Nations (UN) to produce “consensus reports” on the effects of climate change. At first, IPCC was thought of as a trustworthy organization, however, that changed in some people’s eyes after the events of “Climategate” in 2009, the release of 1079 emails that were stolen from the Climate Research Unit at the University of East Anglia. Upon reading the emails, conservatives concluded that scientists were reporting false statistics, dismissing data that disagreed with climate change, and covering up errors. Subsequently, the general public grew doubtful of the scientific community and their reports on anything related to climate change. END_OF_DOCUMENT_TOKEN_TO_BE_REPLACED

Blame is one aspect of global climate change that is a bit of a touchy subject. In Peter Rudiak-Gould’s 2014 article, “Climate Change and Accusation: Global Warming and Local Blame in a Small Island State,” he addresses the two types of blame for climate change. Specifically, he looks at the potential causes and effects for the accusation that occurs regarding climate change in the small, Pacific Marshall Islands. END_OF_DOCUMENT_TOKEN_TO_BE_REPLACED

Surveys from New Zealand have indicated that climate change skepticism is on the rise. Comparing surveys from the early 2000s and the 2010s. Chris G. Sibley and Tim Kurz (2013) have found that there is an increasing proportion of people attributing climate change to natural causes, or denying its existence altogether. This information alone is surprising and alarming, as the effects of climate change are becoming increasingly evident and the need to address climate change is growing. This is why Sibley and Kurz investigated the effect of increasing skepticism on voting habits and willingness to reduce personal consumption. Climate change deniers were identified through a forced-question survey and defined as people who attributed climate change to natural causes or who refused to accept its existence. Then, they tried to establish a correlation between these traits and support for climate-related legislation as well as personal efforts to reduce impact on the environment. END_OF_DOCUMENT_TOKEN_TO_BE_REPLACED

Agriculture is being threatened by climate change and yet feeds this threat by emitting greenhouse gases itself. In Iowa, the site of some of the most productive land in the world, a survey investigated farmer perceptions of climate change and their response to altering farming practices. The two major research questions Arbuckle et al. (2013) investigated were: 1. Do farmers support adaptation and mitigation actions and 2. Do beliefs and concerns about climate change influence those attitudes? The surveys supported the authors’ hypothesis that farmer’s level of concern about how climate change would impact their livelihoods was correlated with mitigation strategies. Farmers who did not believe climate change was human-caused or was not a problem were more likely not to support mitigation. END_OF_DOCUMENT_TOKEN_TO_BE_REPLACED

How strongly are American evangelicals—who comprise a quarter of the adult US population—opposed to doing anything about climate change? Chaudoin et al. (2013), begin by citing previous research showing that many evangelicals are particularly resistant to any policies that would “…endanger the divine covenant on which the United States was built” and that might lead somehow to a single world government. Hence, the whole idea of an organization like the Intergovernmental Panel on Climate Change (IPCC), run under the auspices of the United Nations, having any authority over actions of the United States would be anathema to them. This being the case, the authors thought perhaps that evangelicals would be more welcoming to domestic climate policy initiatives than to the US partaking in international ones, and it turned out that they were correct. END_OF_DOCUMENT_TOKEN_TO_BE_REPLACED