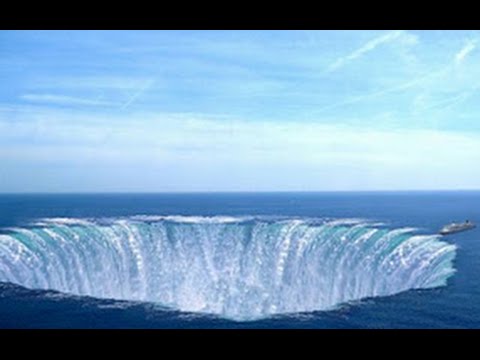 While many impacts of climate change can be physically seen or experienced, such as abnormal weather and storm patterns and glacial retraction, the unknown and vast nature of our ocean makes changes less visible and understandable. It does seem certain though that seemingly small oceanic changes such as rising sea levels and surface temperatures could have devastating impacts across the globe. These small changes can indirectly affect weather global weather patterns: snowpacks, rainfall, harvests, soil fertility, and storms. Aside from the physical impacts of ocean climate change, such as the flooding of coastal and lowland cities, the changes to our oceans could have more immediate, economic effects.

Living on the “blue planet”, we naturally rely on the ocean for many things. Food, transportation, and energy are three of the many important marine industries that could be negatively influenced by ocean changes. Local and commercial fisheries rely on having a constant and abundant supply of fish for their industries to be successful. However, rising ocean temperatures may result in the destruction of plankton and other microorganisms which many of the fish that we eat rely on. Rising temperatures can also result in more frequent storms and shifts in oceanic currents and marine migration patterns, all of which would have negative impacts on economies relying on fisheries. Likewise, the changes in sea levels, and extreme weather events would be much to the detriment of global shipping industries whom rely on the ocean for safe transportation. One short-term benefit of these climate changes, however, is that melting ice caps may expose new areas that can be mined for oil and or gas, which may be good for the economy, but would only further exacerbate the current problem.

Despite president Obama’s recent meeting in Paris to discuss taking action against climate changes, there has been minimal global, social response to this encroaching, apocalyptic scenario. Even in the U.S, where much research and education has been amassed and shared, climate change remains a controversial subject do to socio-political beliefs. The polarizing effect of the topic prevents any real progress in combating these changes from being made. While policies and individuals try to cut down on emissions, little, apart from conceptual ideas, has been done in the way of finding more permanent solutions. If we expect to live on this planet for much longer, more must be done with technology and policy to ensure the security of our oceans.