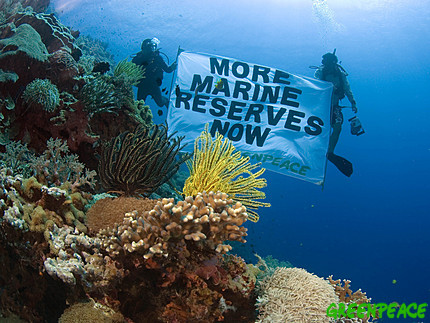 No–take marine reserves (NTMRs) are established to promote marine biodiversity and to reign in exorbitant fishery behavior through the prohibition of all fishing and resource extraction. In the past several decades, the quantity of NTMRs has risen greatly across the world. While this seems like an obviously positive trend, many regard the existence of NTMRs as controversial. While most NTMR results appear positive, the opposition claims that faulty study design and a lack of objective empirical data may cause inaccurate portrayals of NTMR effects.

The main trouble in the investigation of NTMRs is the analysis of the differences in habitat between NTMRs and fished sites. In order for results to be accurate, the sites under observation must be as similar as possible. There are five main methodologies that researchers use to study NTMR effect. In method (a) entire habitats are tested for similarity, but the specific sampling sites are not described. This is problematic due to diversity even within cohesive habitats, and is often associated with biased results. Method (b) is the most common method by which to investigate NTMR effectiveness, and was used by almost half of the studies reviewed in this article. This method has the opposite problem of method (a), as it selects similar sampling sites that are not necessarily within similar habitats. This provides more accurate but not unequivocal results. Method (c) statistically tests whether a difference exists between the two habitats, and if they are not significantly different it is assumed that there is enough similarity to warrant research. This method is the most effective, but only contingent on the inclusion of very specific habitat factors. Method (d) is a more detailed version of method (c) in which the habitat factors are specifically tailored for habitat variability, and can therefore be removed from statistical testing. The descriptiveness of this method is beneficial, but only accurate when habitats are measured over time or in conjunction with baseline data. Finally, method (e) studies habitats as a result of NTMRs, but does not take into account the natural variation that would occur over time. This overly simplistic view does not provide clear enough data from which to draw conclusions of NTMR effectiveness.

These five methods of research must then be applied to a sampling design. There are three designs considered in this article. Single-point-in-time studies compare data from a single point in time. They are the most limited measure of effectiveness due to their limited viewpoint. Temporal monitoring studies monitor the changes found in NTMRs since their creation. They are better than single-point-in-time studies, but still lack baseline data that would make their conclusions concrete. Before-after-control-impact studies monitor changes found in habitats pre- and post-NTMR implementation. These studies provide the most robust data as they measure both habitat differences between sites and habitat change over time.

Ultimately, NTMR research should be considered with caution. Even the most carefully designed studies may not accurately portray the effects of these marine reserves, and poorly designed studies may be completely misleading. They might either provide too hopeful an estimate, which may result in ill-placed investment in NTMRs, or they might provide too pessimistic an estimate, which may reduce faith in the effectiveness of NTMRs. Either way the research will be incomplete, which not only makes interpretation more difficult, but is also plain bad science.